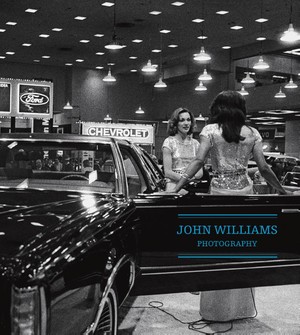 This is the first international monograph of the photographs of John Williams (Sydney 1933 – Hobart 2016) whose work, outside his own country, remains undiscovered.

Inspired to take up photography by “The Family of Man” exhibition which went to Sydney in 1959, Williams was, from the outset, a street photographer in the strict sense: he walked the streets at random, waiting for the right moment to press the button of his already prepared camera. Besides amounting a mass of photographs the best of which have been selected here, he established one of the first photography galleries in Australia and was the first Head of Photography at Sydney College of the Arts where he was a legendary teacher of the next generation of Australian photographers.

In the late 1980s, aware that his photographs were, themselves, cultural history, he studied the academic version of the subject. His PhD on the influences of the German avantgarde on Australian art in the 1920s was published and a number of other history books followed, along with a first small monograph of his own photographs.

This volume, though, is the first to present him to an international audience with the standing he deserves. John Williams is amongst the best of Australian Street photographers.