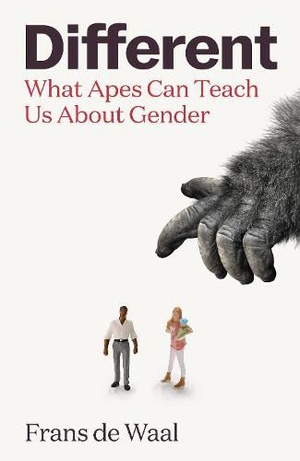 Different: What Apes Can Teach Us About Gender

How different are men and women? Is gender uniquely human or do other primates also learn gendered roles? Drawing on decades of observing other primates, especially our closest living relatives, chimpanzees and bonobos, world renowned primatologist Frans de Waal explores what we know of biological sex differences and of the role of culture and socialization, and argues that gender goes beyond a social construct. From why the sexes evolved their differences to the misunderstanding that females lack dominance and leadership in primate groups; from maternal and paternal behaviour to sexual orientation, gender identity and the limitations of the gender binary, de Waal analyses our shared evolutionary history with the apes. Where chimpanzees are male dominated and violent, bonobos are ruled by females, peaceful, and have multiple sex partners. The contrast between them opens up a new understanding of humans, as we consider what is similar and what sets us apart. Male and female networking groups, sexual signals, transgenderism and maternal bonds map closely to their behaviour, but humans stand apart in the development of nuclear families, the prevalence of sexual violence and joint parental care. With expert insight and engaging storytelling, de Waal not only sets right gendered biases that have grown up in the scientific community, but delivers a fresh and thought-provoking understanding of the behavioural norms and the many remarkable potentials of the human species.