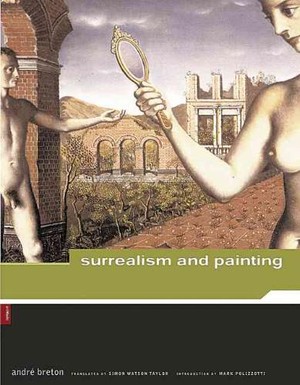 Originally published in 1928, »Surrealism and Painting« is the most important statement ever written on surrealist art, and the only book on the subject composed by the movement's founder and prime theorist. It contains Breton's seminal treatise on the origins and foundations of artistic surrealism, with his trenchant assessments of its precursors and practitioners, and his call for the plastic arts to "refer to a purely internal model."

Also included are essays - on Picasso, Duchamp, Dali, Ernst, Masson, Miro, and many others, as well as pieces on Gaulish art, outsider art, and the folk arts of Haiti and Oceania. But what makes this book most compelling is Breton's mix of rigorous erudition and visceral passion, his sense of adventure, and his discoveries of many of Modernism's most prominent figures early in their careers. Long unavailable in English, »Surrealism and Painting« remains one of the masterworks of twentieth-century art criticism.